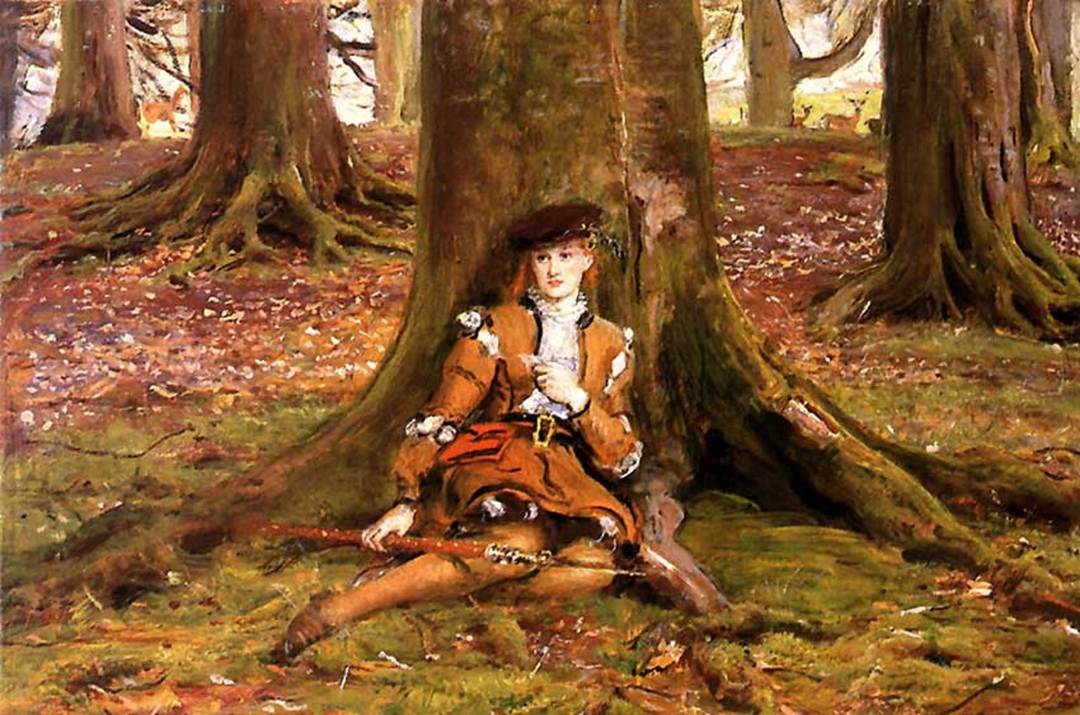 John Everett Millais, a prolific British painter and illustrator, was born on June 8, 1829! Well-known as one of the co-founders of the artistic Pre-Raphaelite Brotherhood movement, the artist created his artworks in genres such as history, genre, landscapes, and portraits.

Fascinated by art and music, Millais’s mother played an important role in the artistic development of her youngest son. As to Millais’s father, he also was talented in music and took part in the art fairs.

John Millais revealed his artistic talent at an early age. The young boy received his first painting lessons from Mr. Bessel, the best drawing-master in Jersey. Then, he was encouraged by his parents to pursue his artistic training.

The beginning of John Everett Millais’s artistic career can be marked from the participation at the exhibition of the Royal Academy of Arts in 1846 where the young painter presented his Pizarro Seizing the Inca of Peru. In 1848, Millais along with William Holman Hunt and Dante Gabriel Rossetti founded the Pre-Raphaelite Brotherhood, created as an alternative to the contemporary academic painting.

True popularity came to the artist when he exhibited his Huguenot in 1851. Other successful creations of this period included The Woodman’s Daughter from a poem by Patmore, Mariana of the Moated Grange, The Proscribed Royalist, Ophelia (1851), The Return of the Dove to the Ark (1851), and The Order of Release (1853). Around this time, Millais also tried his hand as an illustrator. He illustrated the Moxon edition of Tennyson’s poems in 1857, some of Anthony Trollope’s novels, Parables by George Dalziel and collaborated with the periodicals Good Words and Once a Week (1859).

The next decade was marked by the changes in the artist’s style which shifted to more fluent and somehow similar to the impressionist manner. At the beginning of the 1870s, Millais produced his first portraits and landscapes, among which the most remarkable was Chill October. Other topics of Millais’s later works became history and religion. The last period of John Everett Millais’s professional career was related to academic activity.