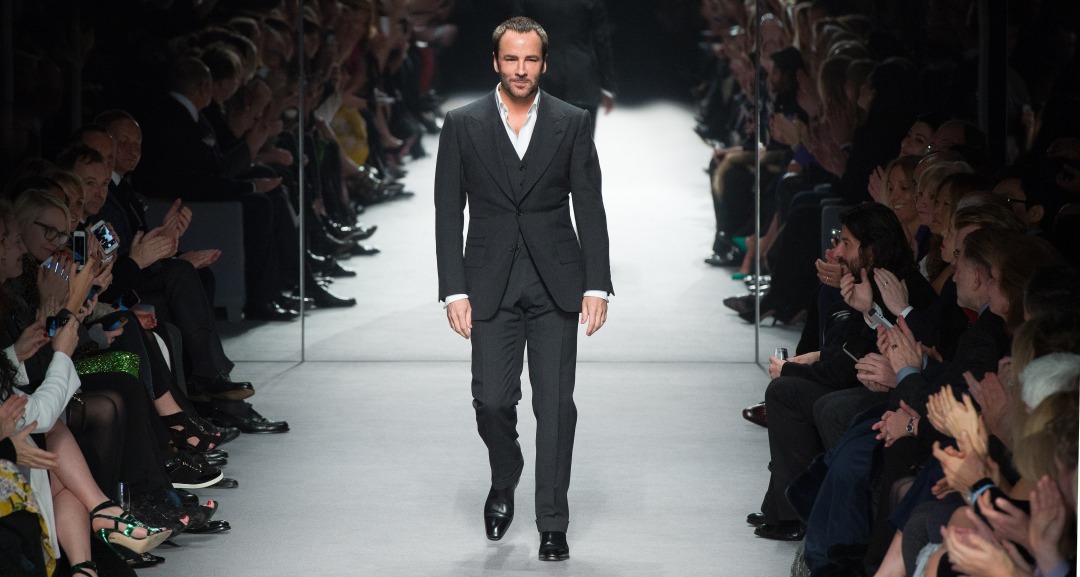 How Well Do You Know Tom Ford?

Tom Ford is one of the most prominent fashion designers of the 21st century. He is the mastermind behind turning the fate of Gucci, from being a mere dilapidated accessories brand into one of the most desirable luxury brands around the world. And now he is one of the most influential figures in the world of fashion, a Fashion God.

But let’s have a closer look at his life and personality. Here are seven things you may not have known about the designer.

Fact 1: Tom Ford spent much of his childhood at his grandparents’ ranch in the dusty town of Brownwood, Texas. His favorite childhood pastimes included lying out by his grandparents’ pool and visiting Ralph the Swimming Pig – a popular tourist attraction in nearby Aquarena Springs.

Fact 3: In 1985, after graduating from Parsons, Ford sought to land a job with prominent sportswear designer Cathy Hardwick. Tom Ford called Hardwick’s office every day for a month straight. Hoping to finally get rid of this annoying caller, Hardwick herself finally answered the phone and asked him how soon he could take a meeting. Just under two minutes later, Tom Ford arrived in her office (he had been calling from the lobby).

Fact 4: Ford breathed new life into Gucci and saved it from bankruptcy. He redesigned the products to be modern and made from innovative materials. The sexual appeal of his updated retro style clothing line made Ford a household name.

Fact 5: He is a vegan. He told Vogue he had adopted a vegan diet after viewing a Netflix documentary called What the Health.

Fact 6: Tom Ford is a Democrat. He disagreed with America’s invasion of Iraq in 2003, stating that he felt “ashamed to be an American.” His comment drew public criticism within America.

Fact 7: Ford has been with his partner Richard Buckley, a journalist and former editor in chief of Vogue Hommes International, for over 30 years. They have been in a relationship since meeting in 1986.

On prabook.com, you can easily find much more amazing facts about Tom Ford as well as other designers, writers, inventors, painters, and other prominent people.