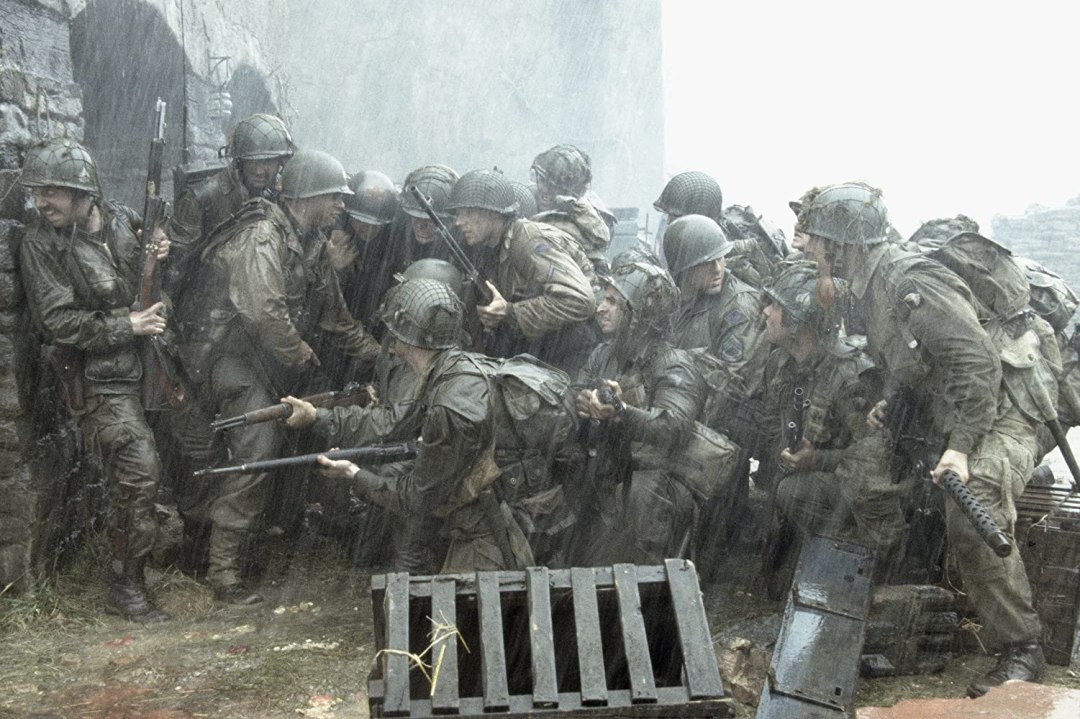 Saving Private Ryan is a 1998 American epic war film directed by Steven Spielberg. Set during the Invasion of Normandy in World War II, the film is known for its graphic portrayal of war and for the intensity of its opening 27 minutes, which includes a depiction of the Omaha Beach assault during the Normandy landings.

The story opens with a prologue in which a veteran brings his family to the American cemetery at Normandy, and a flashback then joins Capt. John Miller (Tom Hanks) and GIs in a landing craft making the June 6, 1944, approach to Omaha Beach to face devastating German artillery fire.

After a grueling half-hour sequence depicting the beach landings, which reminded a new generation of filmgoers how terrifyingly low the life expectancy was for those in the first wave, we are introduced to our everyman hero, Captain Miller (Tom Hanks), whose mission has been ordered from the very top: find Private Ryan (Matt Damon) on the field of battle, inform him of the terrible news about his brothers and order him home.

Have you ever visited prabook.com? If no, we invite you to our website to check out the biographies of many prominent historical figures, writers, actors, artists, scientists, etc. And join our campaign Veteran’s Album! More details on our website.