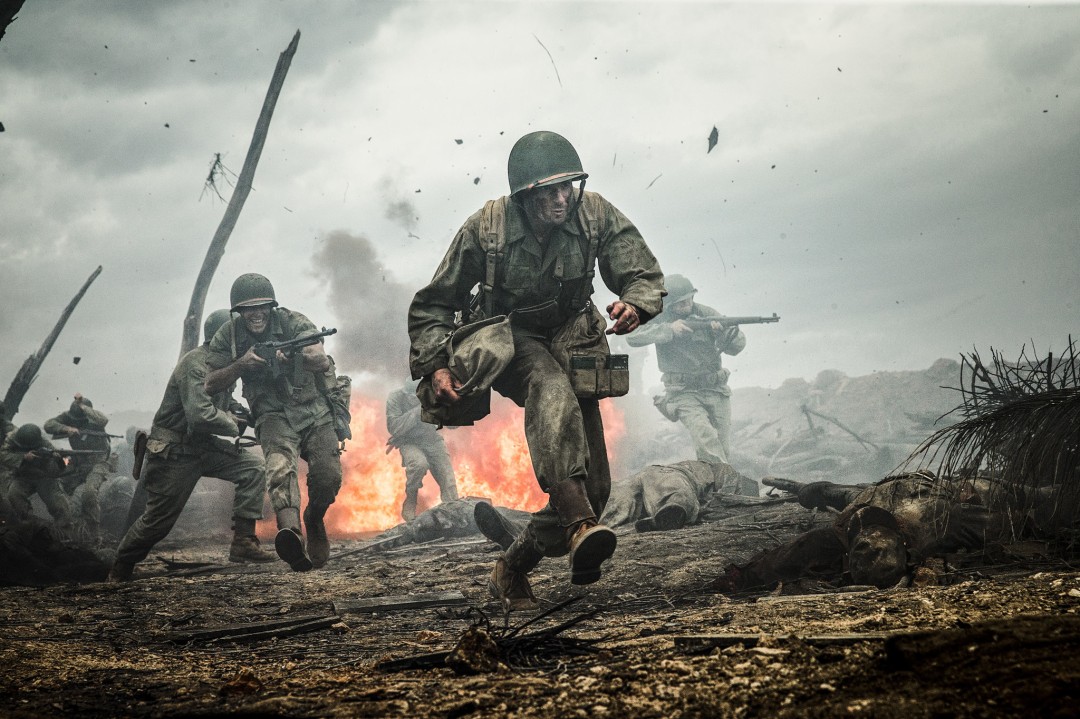 Today we want to talk about a very interesting movie directed by Mel Gibson. Hacksaw Ridge tells a true story of World War II American Army Medic Desmond Doss (Andrew Garfield), who served during the Battle of Okinawa, refused to kill people, and became the first man in American history to receive the Medal of Honor without firing a shot.

The movie begins with the young Desmond Doss nearly killing his little brother Hal while roughhousing. This event and his Seventh-day Adventist upbringing reinforce Desmond’s belief in the commandment “Thou shalt not kill”. He reads the bible and vows not to harm another human in his life thereafter.

Years later, Desmond, who is a conscientious objector, decides to join the army to serve his country in WWII; however, he refuses to use any weapon and requests to serve as a combat medic to save lives.

Desmond was first assumed as cowardice for an anti-killing stance. He faces several problems during the training and but he succeeds to go to the war to participate in the Battle of Okinawa. A win there would ensure that the Empire of Japan surrenders to the Allied Forces.

Believing that the war was just but killing was nevertheless wrong, he was the only American soldier in WWII to fight on the front lines without a weapon. As a medic, he single-handedly evacuated the wounded near enemy lines – braving enemy fire and putting his own life on the line.

In terms of acting, the cast as a whole is incredible with Andrew Garfield, Hugo Weaving, Vince Vaughn, Luke Bracey, and Teresa Palmer giving the best key performances of the film.

Hacksaw Ridge is a film that will leave audiences in a state of emotion that describes the horrors of war, the bravery of Doss and his army and a sense of thankfulness to our past ancestors who had lived in a time to fight for freedom and peace when the world was divided.

Visit prabook.com where you can find out interesting things about Mel Gibson and many other celebrities.