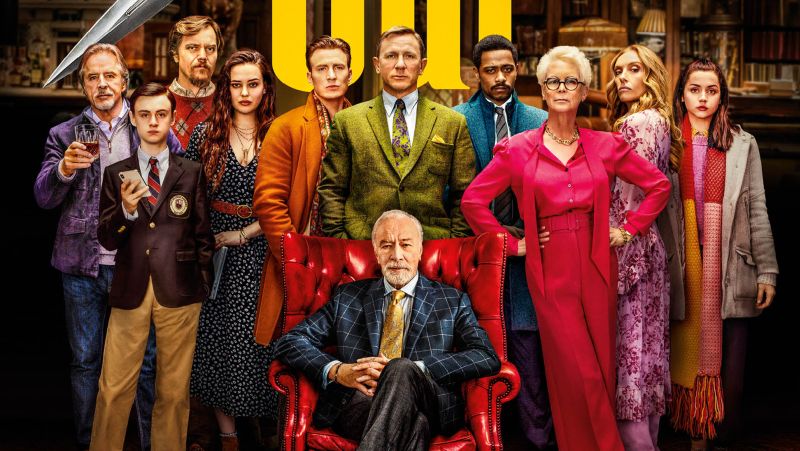 Knives Out: Modern and Stylish Take on the Murder Mystery Genre

Who remembers Murder on the Orient Express movie? If you liked it, this one is definitely for you! Described as a modern take on the murder mystery genre, it’s called Knives Out, and it has a very interesting plot!

But first, let us tell you about the cast and producers! The film is written, produced and directed by Rian Johnson. With an all-star ensemble cast including Chris Evans, Ana de Armas, Jamie Lee Curtis, Toni Collette, Don Johnson, Michael Shannon, LaKeith Stanfield, Katherine Langford and Jaeden Martell, it’s is a witty and stylish whodunit.

But don’t hurry up…The movie is going to be theatrically released on November 27 (by Lionsgate!), and meanwhile, you can watch its trailer.

But if you’re too busy, here some overview for you. Imagine, wealthy crime novelist invites his extended family to his remote mansion on his 85th birthday in hopes of reuniting them all. Sweet, right?

However, the day after the birthday party, he is found dead by members of the family. The inquisitive and debonair Detective Benoit Blanc (Daniel Craig) is mysteriously enlisted to investigate…and everyone is a suspect.

This movie will definitely keep you guessing until the very end! And if you want to find some other movies with these cool actors, visit our biographical website PRABOOK.COM! See ya!